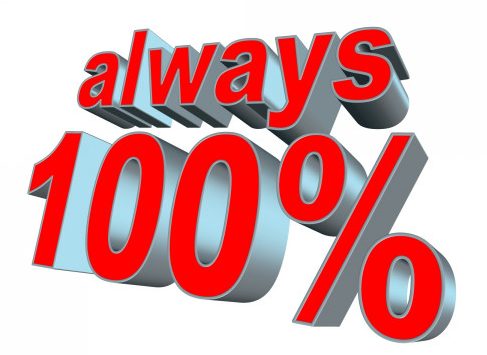 I hate the word perfectionist. When people use the term it is almost always some sort of humble brag about themselves being too perfect. “I have to make sure all the items are aligned down to the pixel” or “I haven to double check to make sure all the spelling and grammar is always correct.”

But perfectionism is a real thing. And those people are often just minimizing then struggles of people who really have it.

I took time off work due to my mental health and I was checking into a daily program. In the in take when I was talking about my background, they called me a perfectionist. I knew perfectionism is a real thing but I didn’t know exactly what it was so I rejected the title, because I didn’t want to be disrespectful of those who are real perfectionists.

I slowly grew to understand what perfectionism really is. According to Psychology Today, perfectionism is a trait that makes life an endless report card of accomplishments or looks. It may sound like a motivating trait but it can also be absolutely debilitating.

While I look back at my life and see little bits of perfectionism here and there, I think my first problematic symptom of perfectionism started to show up in video games. I always wanted to achieve more, get max level characters, do all the crafts, beat all the endgame bosses to the point where the games were no longer fun anymore. It just became an endless need to accomplish more. I stopped playing games when I couldn’t keep up with the new releases and when I stopped playing the previous games and couldn’t get myself to play any newer game knowing I wouldn’t have the time to complete it.

When I started working, my perfectionism started to build. My program always had to be made perfect and I couldn’t stand the idea of leaving work with a problem unsolved. I always had to be the most knowledgable about every subject. I would work through lunch breaks because I hated how inefficient it was to stop work and start again. I stayed up endless hours to get things done on time and I grew to resent those around me who’s work I had to also take on to meet the expectations I put on myself.

At one point in my life, I started running. It started from a desire to be thin and cute. At first my running was casual, and I slowly added bits so I could go further, started timing myself so I could run faster. I ran my first race an 8k which was shortly followed by a half marathon and then a full marathon all in one running season. I was hooked on accomplishment. In running, there is a saying that you are not competing against anyone but yourself. And I became super competitive. I had to run harder, be faster, beat my previous self in every race I did. I got fast enough such that the local running teams started asking if I wanted to join them. I kept myself surrounded by people who were faster than I was. I was barely able to keep up with them on a casual run if I ran at my race pace. I bought a bike for cross training, and then eventually I started training for triathlons. Specifically a half iron man distance triathlon.

At some point also, I decided I wanted to own my own home. so I started consulting to make extra money to be able to put down a 20% downpayment.

So I was working 8-9 hours a day, then I would do my consulting work till 9pm and then I started my daily workouts which were 2-3 hours long. I didn’t have dinner till close to midnight most days, and then I would sleep just to do it all over again the next day.

My mind was warped and I was addicted to accomplishment. And I kept telling myself it was okay because it was all productive.

When I moved to Seattle, my consulting work and my running slowly faded but only to be replaced by activism. The most important thing in my life became helping my community. I joined Gender Justice League and soon became the board chair. I helped organize fundraisers, Trans Pride Seattle, and managed all the technology of the organization. I was always out protesting, organizing, giving talks at city hall or at the state capitol. I had became a leader in the community, and that is where I am now. I am on the board of GJL still, and now also a commissioner with the Seattle Women’s Commission, and still working countless hours for my main job at Microsoft. I don’t do anything for myself because my time is too valuable and I can’t afford it myself.

I live paralyzed because if I don’t do something 100% I feel like it is not worth doing at all. And so many times I don’t. I even put my personal life on hold for most of my adult years and kept only a small number of people close. It has kept me from having many meaningful friends and partners.

And this was the point that I broke and I had to go into a partial hospitalization program to learn how to slow down some.

So, that is my perfectionism. And perfectionism can present itself in so many different ways for everyone, but please stop using the word so lightly. It is real, and it is damaging and it can even be debilitating.