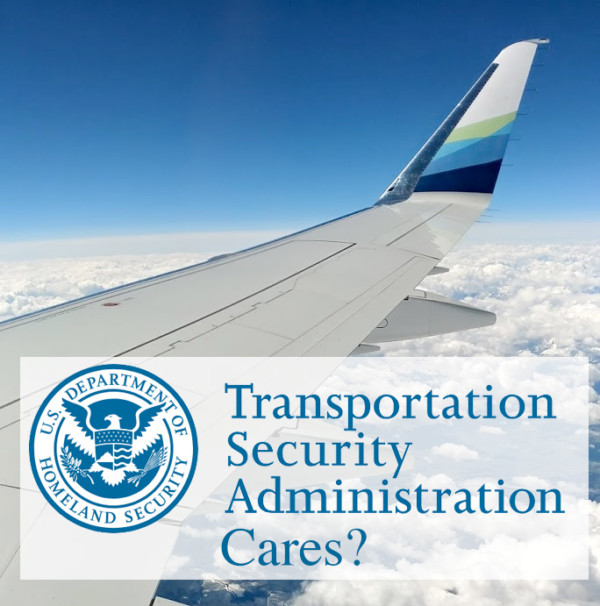 A while ago the TSA put out a video on guidelines for transgender travelers in the US. Let’s do some analysis of the message that is being said to our community, and how useful it is…

“Ensure that the information on your boarding pass matches your government issued ID.”

This may sound like a simple request but unfortunately getting IDs that match your gender is often a very difficult process for many transgender people. This is often forcing transgender people to out themselves to TSA officers which can lead to dangerous situations for the transgender person. What happens if you have your driver’s license updated but not your passport and you are traveling overseas? Which ID do you have to have your ticket under in that situation?

“The TSA officer will press the button designating a gender based on how you present yourself male or female.”

While the asking for your boarding pass to match your government ID, is to ensure that the TSA have the proper information on whoever is flying, this process has nothing to do with the body scanner and forces transgender people into a second situation they must navigate.

The TSA grants their officers the power to designate a person’s gender without any input from the individual. TSA officers have not always been the most educated in transgender issues and it often shows when these kinds of bad procedures are put in place.

The advanced imaging technology machine has just 2 modes, Male or Female so that the machine can ignore women’s breast areas or men’s genital areas. This is to avoid having to needlessly screen people and to protect their privacy. But many transgender people have private parts that do not match their secondary sex characteristics which most people use to determine what gender a person is. This often times causes the machine to trigger transgender people for additional screening. There is no reason why this technology can’t be extended for transgender people also such that separate upper and lower body scanning options can be selected.

“For your comfort and discretion know that at any time during the screening process you may request to speak with a supervisor or request private screenings.”

This video does not go into any detail about how a transgender person can better navigate TSA security but it only repeats information that is generally available for all people. The video states that “The TSA recognizes members of the transgender community may have concerns during security screening procedures when flying.” But the video does not resolve any concerns at all. All it does is provide a façade to the rest of the world that the TSA cares about transgender people. This is not a video for the transgender community, it is a public relations move for the rest of the world.