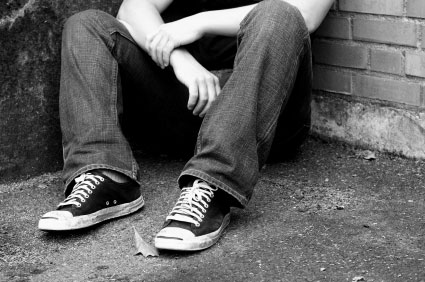 On April 27th I saw on Twitter, a hashtag #40toNoneDay which was referencing the fact that 40% of homeless youths identify as LGBTQ. This is a staggering number, 40%. I thought that this number needed much more analysis.

According to Wikipedia, the total number of homeless youths out there is about 2.5 million in 2013. And so there are about 1 million homeless LGBTQ youths in the United States.

Also according to Wikipedia, the percentage of people who identify as LGBTQ within our country is 3.8%. That means that out of the 74 million number of youths out there a total of 2.8 million youths are LGBTQ.

That means that LBGTQ youths are about 17 times more likely to become homeless than their non LGBTQ counter parts are.

This doesn’t change the fact that these numbers are terrifying and there needs to be more done to support LGBTQ youths.

While I have not seen any statistic to confirm why LGBTQ youths have such a higher rate of homelessness, it is not something that needs to be studied. It is due to family rejection…

Percentage of LGBTQ people in the US: 3.8% Wikipedia

Total number of youths in the US: 74 million Census